Things have been happening quickly these last few days.  The mosaic is to be opened/unveiled on Tuesday, 12th July at 10am.  Andy Potter of Radio Derby will be doing the honours and following that, the Mayor Cllr Linda Winters will be saying a few words.  Tania Pells from DerwentWISE who funded the community art installation and members of the Council will also be there.   The gates to the walled garden will also be open.

Then on Wednesday, 13th July Andy Potter will be at the garden from 12 noon and broadcasting his programme from 1pm.  There’s a plan to interview me at 2.15 and Tania at 3.15 but he’ll also be interested in other Hydrangea Derby voices so, again if you can make it, you’d be most welcome. 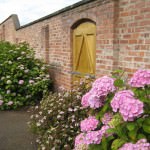 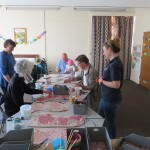