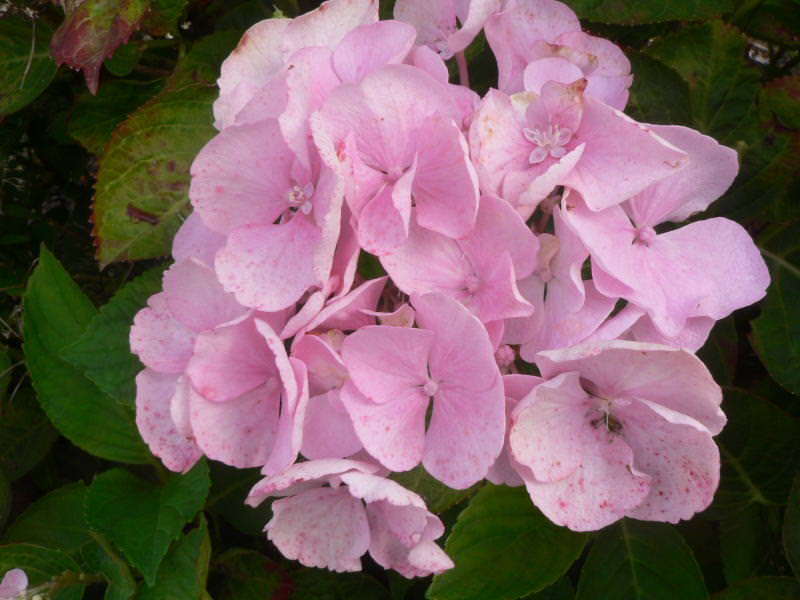 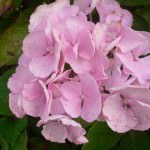 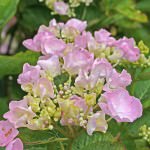 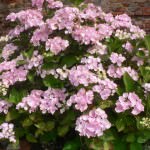 This cultivar produces large, soft pink flowers which when just blooming are in lace cap form. Subsequently, more sterile flowers appear between the fertile flowers in the center which give the impression of a flower head with only sterile flowers, which of course depends upon on the bud development. When placed in front of a window, the soft pink color becomes lemon green and when the plant is placed outside, the lemon green becomes cherry red. This color change is refer to as three phases of colorization; namely, phases 1, 2 and 3, respectively.

It originated as a selected seedling derived by crossing as seed and pollen parents two undistributed, unnamed seedlings identified as`K731` and `W734`, respectively.