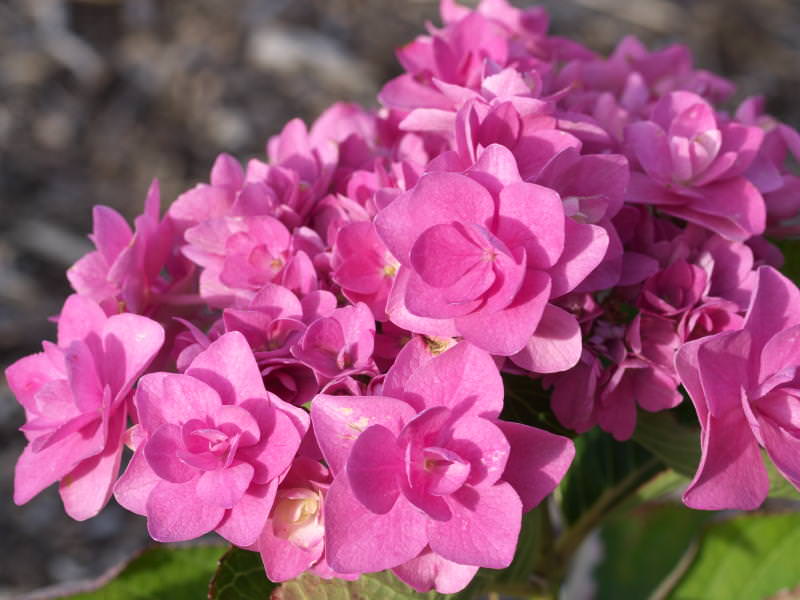 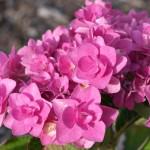 A new cultivar characterized by broad upright habit, large dark grey-green leaves, flowers that range in colour from yellow-green to light and dark pink, and unique inflorescence development. In combination these traits set this cultivar apart from all other existing varieties of Hydrangea known to the inventor.