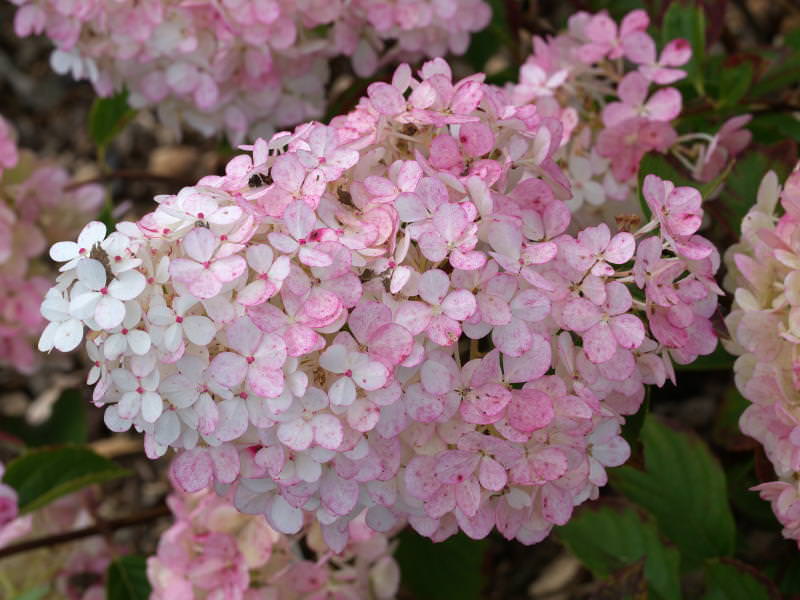 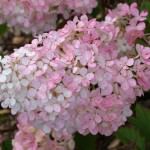 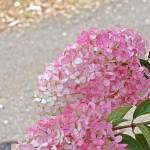 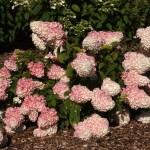 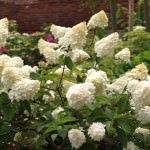 An outstanding and popular cultivar, characterized by its large panicles of sterile flowers that emerge white and change to pink and finally to a red with maturity with the red coloration lasting about 3 to 4 weeks, its continuous flush of new flowering stems that give an overall multicolored effect in late summer to early fall, and its plant habit that changes from erect in early summer to cascading as the season progresses.  A low spreading shrub with outstanding flowers that have a mixture of large white and pink flower heads at the same time.  The plant does however have weak stems that struggle to support the weight of the flowers, and the flowers soon turn brown.  It was bred by first; self-pollinating Hydrangea paniculata `Unique` and also the parents of `Vanille-Fraise` which are unnamed proprietary seedlings that arose after seven series of subsequent crosses. ` Vanille-Fraise ` was selected as a single unique plant amongst the progeny inGorron,Francein 2002.  In the RHS Trials at Wisley. They said: Very Good.