Synonyms: None found
Origins: Developed at Stourton in Wiltshire by Elizabeth Bullivant and named after her husband
Awards: To be verified
Height & Width: 3.5m x 6m

One of the best cultivars of H. aspera.  The sterile florets a pale pink and the central fertile flowers are pink with long deep blue stamens, giving a very beautiful misty effect.   It is very similar to the cultivar ‘Sam McDonald’

Maurice Foster of White House Farm Garden and Arboretum in Kent, describes it like this in the Plantsman magazine in 2014.

‘Like ‘Taiwan’, H aspera ‘Anthony Bullivant’ is another large cultivar; I measured the original plant which was 6m across by 3.5m high. Named by Elizabeth Bullivant to commemorate her husband, it originated in their garden at Stourton House in Wiltshire. It is one of my favourite cultivars, as the large, pink ray flowers that appear in July have petals overlapping to form a virtually circular flower, making it particularly attractive. The leaves are ovate and mid green with a villous indumentum. It is reliably hardy.’ 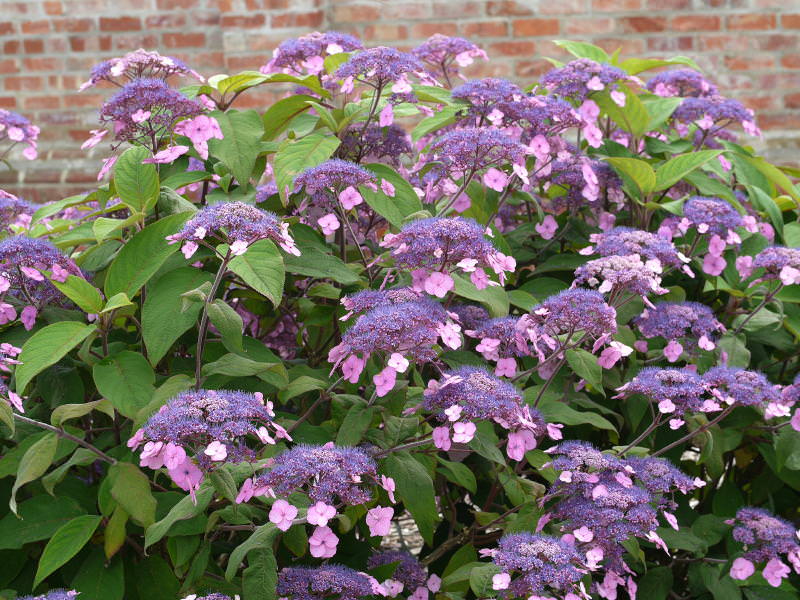