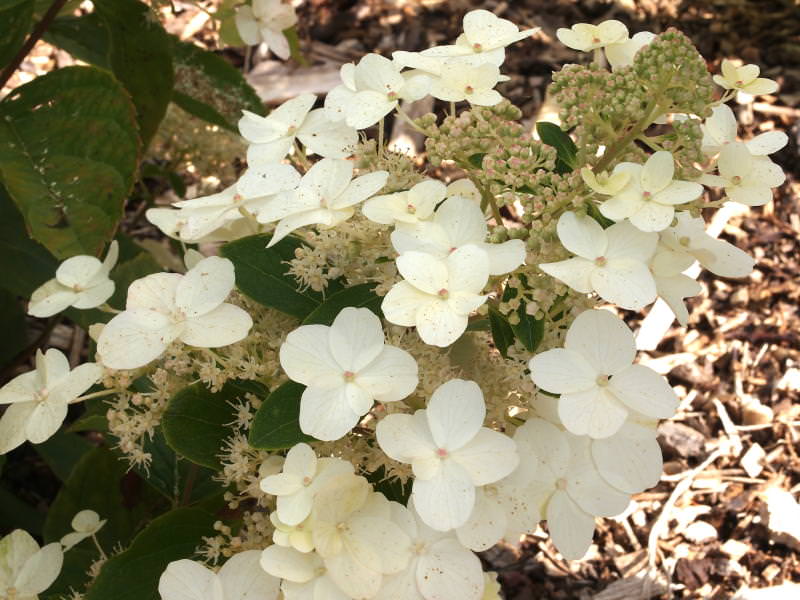 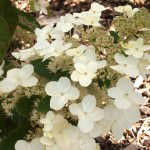 The original form of paniculata introduced by the botanist Sielbold. A deciduous shrub with flowers in large erect panicles up to 30cm long.  The flowers are initially white, aging to pink then to rust in autumn.  The original clone may have now been replaced by inferior forms of less vigor and smaller flowers.