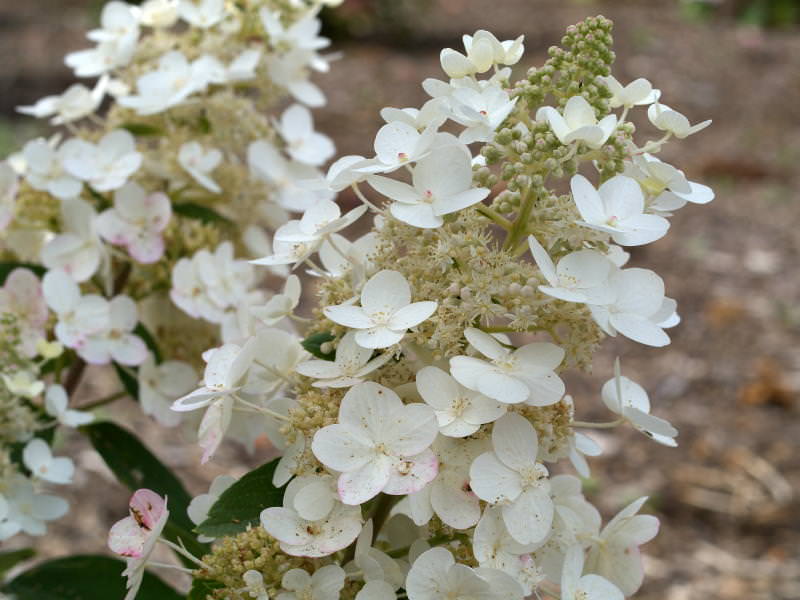 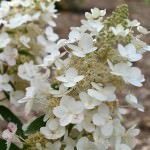 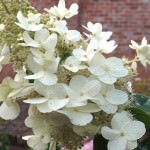 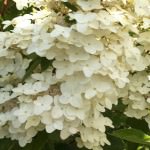 This shrub grows up to 10 feet. The panicles appear late in the summer, and the flowering period can go well into October and possibly beyond in the right climate (Nantucketis suggested). There are a mixture of fertile and sterile flowers in the panicles, but the sepals are not tightly packed, giving an ‘airy’ impression. Depending on weather condition (cooler), the sepals turn pinkish. This selection has gained  momentum in the nursery and landscape trades.  Van Gelderen says that the origin of ‘Tardiva’ is uncertain. According to one source (Bean 1991), it is a French introduction. Van Gelderen’s information states that it was raised by Crown Commissioners,Windsor,UK, before 1975.