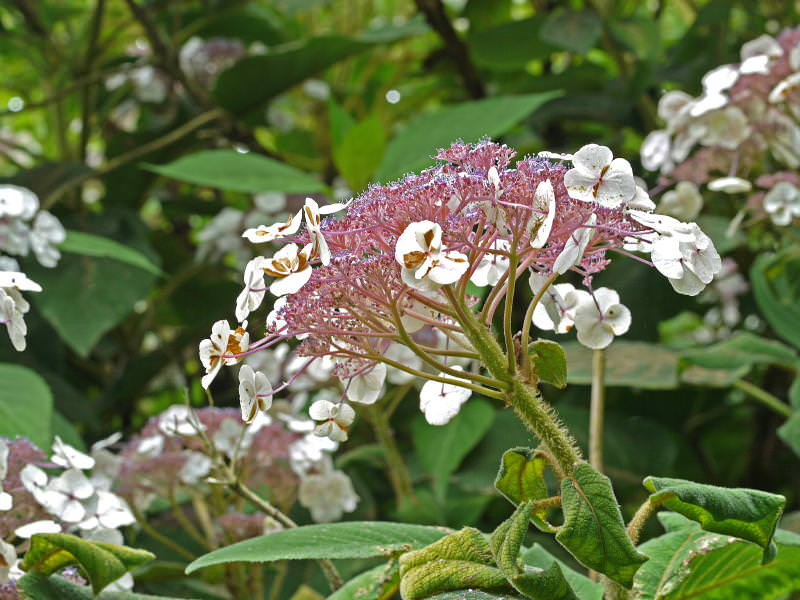 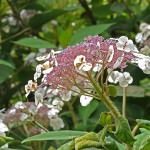 Named after the plant collecter and botonist ‘Sargent’  It is sometimes classed as a ssp. of H. aspera, but now recognized as a separate species. This large and unusual shrub has very large leave which along with the long wiry stems a clothed in short bristly hairs.  The large flowers have a dome of mauve fertile flowers surrounded by a ring of white sterile flowers.